Justice ~ #1b ~ The Case for Cannibalism 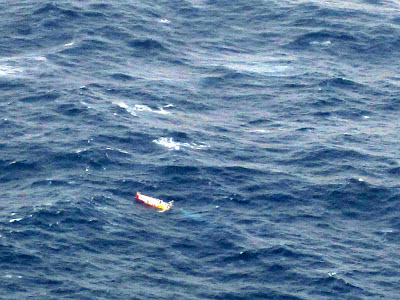 To answer these questions, view the first half of Harvard University's video:  Episode 1, Part 2, starting at 24:15.

Sandel introduces the principles of utilitarian philosopher, Jeremy Bentham, with a famous nineteenth century law case involving a shipwrecked crew of four.  After nineteen days lost at sea, the captain decides to kill the cabin boy, the weakest among them, so they can feed on his blood and body to survive.  That was an actual case, but think about today:  Suppose four shipwrecked sailors are stranded at sea, without food or water.  Would it be wrong for three of them to kill and eat the weakest one, in order to save their own lives?
Posted by Bonnie Jacobs at 3/05/2013 10:15:00 PM
Labels: Justice

Although this post has been up for nearly a week, I don't think anyone has noticed it yet. More questions for you, book buddies.

Killing for self defense is considered justified. Whether or not killing for self preservation is morally acceptable is questionable. In the case of self defense, the victim's actions justify the killing whereas a victim of self preservation is only guilty of being weaker than the others. Although the cases of killing to survive present a thought provoking situation, I think it would still be wrong.

First, I would need to ask myself if killing another human being to survive would be something I could live with for the remainder of my life. I could not kill myself let alone another human being even if it was the last result for staying alive. I will admit that if I was hungry enough, I might eat human flesh. The thought of cannibalism makes me sick to my stomach.

No, I (at least in my mind, though who knows what would happen if I were in the actual situation) would choose to die. I read In the Heart of the Sea some months ago, and I knew it is not something I could do.