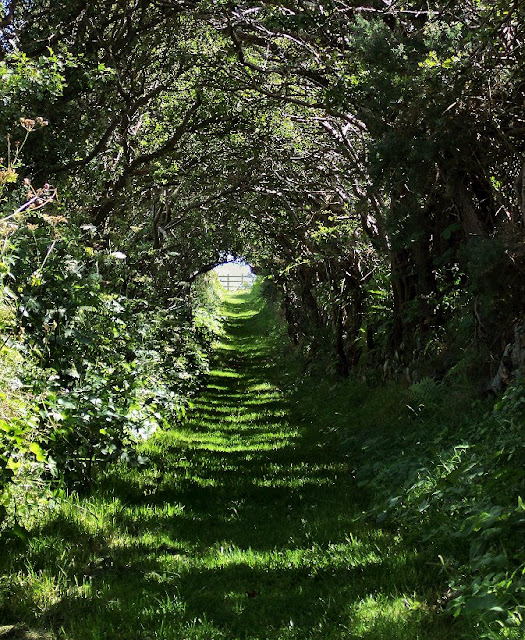 One of the main characters is the game-keeper, so it isn't at all unexpected that nature would play a large part in Lady Chatterley's Lover by D. H. Lawrence.  However, it was not something I would have looked for except for seeing it on a list of discussion questions for the book.  Here's the way I re-phrased the question for us, though you are welcome to approach this subject (and this book) with any questions you like):


3. Did you notice the nature imagery in the novel?

Probably not much when I read it back in the early 1970s.  This time, with this question to guide me, I've been paying attention, trying to think about why — and how — the author used nature imagery.  I've read six chapters, labeling these notes "nature."


"The wood was her [Lady Chatterley's] one refuge, her sanctuary.  But it was not really a refuge, a sanctuary, because she had no connection with it.  It was only a place where she could get away from the rest.  She never really touched the spirit of the wood itself . . . if it had any such nonsensical thing" (p. 19).

"Clifford loved the wood; he loved the old oak-trees.  He felt they were his own through generations.  He wanted to protect them.  He wanted this place inviolate, shut off from the world" (p. 39).

One obvious way the author is using these first two sections is to contrast the way wife and husband think about the woods.  Somewhere early on — and I can't find it right now — the book says these woods are part of Sherwood Forest or Robin Hood's woods or something like that. 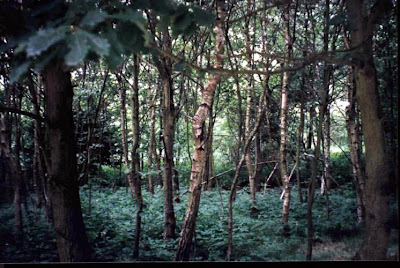 "In the wood all was utterly inert and motionless, only great drops fell from the bare boughs, with a hollow little crash.  For the rest, among the old trees with depth within depth of gray, hopeless inertia, nothingness.  Connie walked dimly on.  From the old wood came an ancient melancholy, somehow soothing to her, better than the harsh insentience of the outer world.  She liked the inwardness of the remnant of forest, the unspeaking reticence of the old trees.  They seemed a very power of silence, and yet a vital presence.  They, too, were waiting:  obstinately, stoically waiting, and giving off a potency of silence.  Perhaps they were only waiting for the end; to be cut down, cleared away, the end of the forest, for them the end of all things.  But perhaps their strong and autocratic silence, the silence of strong trees, meant something else" (p. 61).

This passage seems to be used to evoke an atmosphere of hopelessness, with everything gray and bare.  But there's waiting.  Lady Chatterley and the trees are waiting for something to happen.
Posted by Bonnie Jacobs at 9/19/2011 10:30:00 PM 9 comments:
Labels: Bonnie, LCL 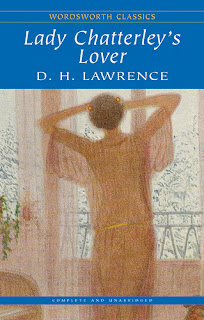 Banned Books Week starts September 24, and that's this coming Friday.  An online friend and I plan to read Lady Chatterley's Lover by D. H. Lawrence, first published in 1928.  For me it's a re-read, so even if I fail to finish it, I'll be able to discuss the book.  The discussion here will last at least a month, as long as there's any interest.

Just so you know, there are sexually explicit scenes, which is why the book was banned in the United Kingdom until 1960 and, thus, first published in Italy.  (I read the "complete, unexpurgated" version in the United States in the early 1970s.)  Constance, the Lady Chatterley of the title, is a young married woman whose husband, Clifford, has been paralyzed and rendered impotent.  Her sexual frustration leads her to have an affair with the gamekeeper, Oliver Mellors.

DISCUSSION QUESTIONS (choose one at a time, in any order)

1. What do you think of Lady Chatterley? the gamekeeper? the husband? the situation?

2. Edwin Muir said about D. H. Lawrence that “we remember the scenes in his novels; we forget the names of his men and women. We should not know any of them if we met them in the street.” Do you think this applies in the case of Lady Chatterley’s Lover?

3. Did you notice the nature imagery in the novel?

4. Did you pick up on the theme of resurrection?