Bonnie and Shirley ~ LCL is tedious and tiring

5. Do you think the novel is obscene or vulgar? 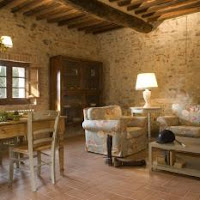 This book was banned in the United Kingdom and in the United States, and that's why I started reading it during Banned Books Week.  But I still haven't finished it.  I've found the endless descriptions to be tedious, and the characters do nothing but talk or take long walks (describing the scenery) or have sex, which seems almost more perfunctory (hasty, superficial, indifferent, apathetic) than obscene. Shirley's complaint, left on my earlier post, is similar.


As we started to read this, Pat Robertson commented that the spouse of someone suffering from Alzheimer's disease has grounds for divorce. Rather startling given his conservative background. It did, however, make me think of the book as, even though Clifford does know his wife, he is unable to fulfill part of his marriage. Would that fall in with Robertson's approval of justification for divorce? Does Clifford's physical inability morally justify adultery especially given his approval?

Maybe she could get a divorce  if she wanted it, but I don't think Connie -- Lady Chatterley -- wants one.  Clifford annoys me, and his reason for "approving" of adultery is so Connie will have a child FOR HIM.  He wants one who will continue the Chatterley line and doesn't seem to care about Connie one way or the other.
Posted by Bonnie Jacobs at 10/10/2011 11:47:00 AM 7 comments:
Labels: Bonnie, LCL
Newer Posts Older Posts Home
Subscribe to: Posts (Atom)